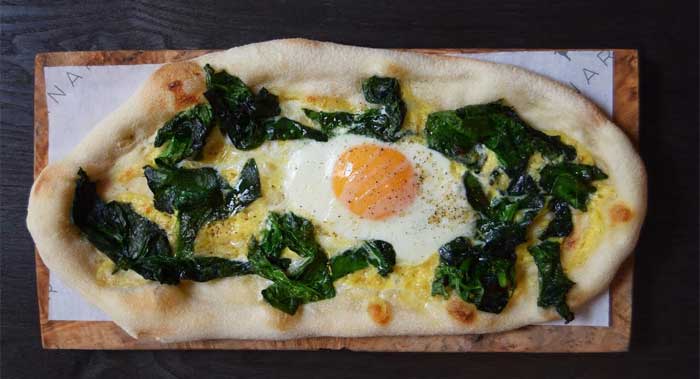 There's a new breakfast spot in town. Bernardi's in Marylebone has just launched their breakfast menu (and weekend brunch) and it does look rather enticing.

The brunch menu, which launched this weekend, features the now ubiquitous bottomless Prosecco and Bloody Marys (£16 per person) all day Saturday and Sunday. But what's new is the breakfast N’duja, egg & basil pizette (£8) and their Full Italian – a homemade veal, pork and chilli sausage patty, with a fried egg, n’duja sauce, pancetta, and fontina cheese in a bun (£10).

Weekday breakfasts kick off in March. They'll have a range of Italian pastries on offer plus egg dishes like Poached eggs, gnocchi all Romana & duck proscuitto’ (£9) and Spinach, egg & wild mushroom pizzetta (£8). Scarf those down with Italian Musetti coffee and freshly squeezed juices.